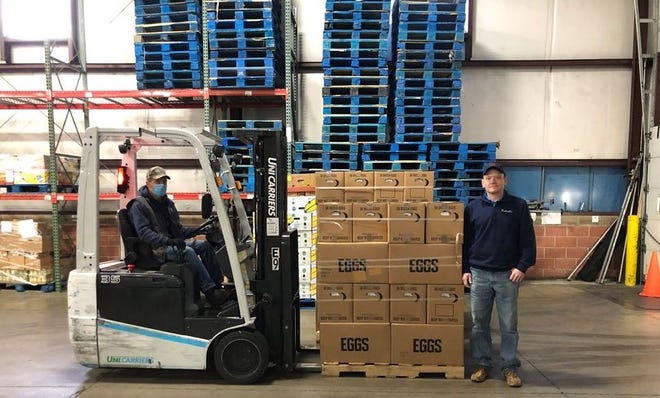 The egg farms are members of Michigan Allied Poultry Industries (MAPI), which announced Tuesday, March 30, a total of 3,022,260 eggs were donated.

Even at the height of the pandemic, the farms continued to help local organizations, donating eggs and selling them at reduced cost to nonprofits and food pantries.

“Michigan’s family egg farms are incredibly generous and continue to be invested in their communities, making sure as many people as possible have access to healthy, local protein,” said MAPI Executive Director Allison Brink.

Three farms in Holland made up a portion of total donations.

Michigan is sixth in the nation for egg production, producing 4.3 billion eggs every year. Participating farms are predominantly located in West Michigan and account for 15 million egg-laying hens.

MAPI is a statewide nonprofit trade organization representing egg, chicken and turkey farmers and their young stock network of breeders, hatcheries and pullet growers. It was formed in 1940 and remains farmer-led.